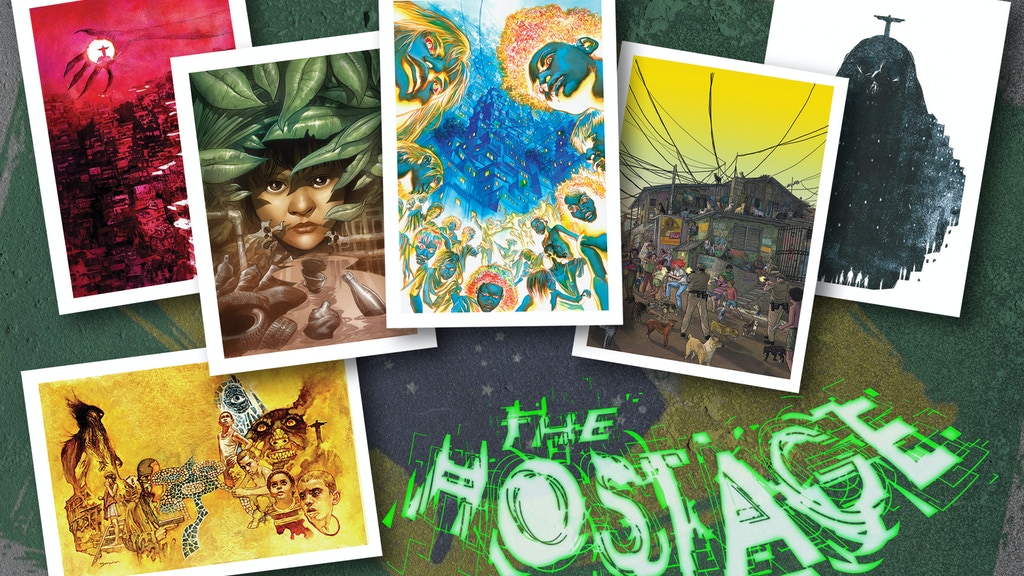 The Hostage: A Graphic Novel by Sal Abbinanti

Latest Updates from Our Project:

Big news for the upcoming ATOMIKA Kickstarter! Just like with THE HOSTAGE, we will be offering guest artist lithographs as rewards.

We're announcing an earlybird special where you will get all guest artist prints along with a signed copy of the ATOMIKA: GOD IS RED Omnibus for $75 USD. We only have 15 of these available, and they will go fast once we officially launch the campaign.

Follow ATOMIKA on Kickstarter and be the first to know when we launch... coming soon...

Thank you for your support!


We're super excited to announce that the ATOMIKA: GOD IS RED Omnibus coming to Kickstarter! You have all been amazing supporters of The Hostage and we would love if you can join us, follow along, and support ATOMIKA.

And here's what to expect from the ATOMIKA Kickstarter...

God is Red follows ATOMIKA across a 12-issue story arc, as he travels the Soviet Union doing battle with the old mythological gods of Slavic Russia. It was originally published as a series by Mercury Comics. The new ATOMIKA: GOD ID RED Omnibus collects the entire story in a single volume with 350+ pages!

Thank you for your continued support of Mercury Comics and independent art!

THE HOSTAGE has arrived in our warehouse!

Great news for our backers—we're signing this weekend. We will be packing andshipping everyone's rewards next week.

You will receive a notification via BackerKit when your order ships—we expect to be shipping by end of next week.

Thank you for your continued support! Can't wait to share this book with you.

Here's a Labor Day update on progress for THE HOSTAGE

Thank you for your continued support—can't wait to share the finished product with you!

We've received The Hostage Sketchbook—check it out!

Everyone who pledged for the book (and up) will be receiving this Sketchbook along with their other rewards. More updates to come... thank you for your continued support!